Located along a recently four-laned stretch of U.S. Hwy. 280, Hagan is undergoing a transformation in retail and commercial business growth. The town adjoins Claxton’s city limits on the west, and includes the Claxton-Evans County Industrial Park which has easy access to Hwy. 280.

With plenty of prime commercial property and areas for residential growth, Hagan is emerging as a growth center in Evans County. A property tax rate of only 3 mills in the town is attractive to homeowners and new business development. Recent additions to the business community include Wiggins Florist, Wiggins Hardware, and C&B Heating and Air.

The city has also progressed toward the future while hanging onto its valuable past. A new city hall was dedicated in early 2003, and dubbed the Maretha Brown Municipal Building. Directly behind it stands a new children’s park, named for long-time city employee, Maggie Lee Lewis.

Laid out on an entire city block, the Bradley Memorial Park is an attractive asset to the Hagan cityscape. Elected officials have also provided a city park behind the town hall, complete with playground equipment, for kids and their parents to enjoy.

Public and private interests have worked together to restore and maintain the historic G.W. DeLoach house which was built in the early 1890s by one of the town’s first settlers.

HAGAN WAS ONCE A PROSPEROUS LUMBER TOWN; NAMED FOR CIVIL WAR WIDOW

Settlements along the route of the Savannah and Western Railroad began to prosper and become established as towns, when the right-of-way for the railroad’s expansion east was secured in the area of what is now Hagan in the year 1889. Marshall A. Smith, who had married Susannah Hagan Brewton after the death of her husband from wounds he received in the Battle of Richmond in the Civil War, was given the opportunity to name the emerging town.

Smith chose ‘Hagan’ because it was his wife’s maiden name. Susan Hagan was first the wife of Simon Brewton, son of Samuel Brewton, and grandson of Nathan Brewton an original settler.

G. Wesley DeLoach, his brothers James A. and Mann, arrived in hagan around 1890. The brothers all built fine homes in the town, including one that G.W. built and later sold to a Bryan County lawyer to get him to move to Hagan. G.W. built several other buildings in Hagan, including the 1896 structure shown in the photograph. He built the two-story home that carries his name and has been restored in a historic preservation effort by private individuals and city officials. The house is used for community and civic functions, and it serves as the backdrop for Hagan’s annual Fourth of July events.

Hagan prospered in the late 1890s as the Perkins family established a sawmill and workers harvested the areas virgin longleaf pine and sawed it into lumber that was transported in carload lots along the S&W rail lines.

At one time the Perkins Sawmill employed as many as 365 men. To attend to their medical needs, Dr. S.T. Ellis was hired to come to Hagan and the practice of taking 50 cents per month from each employee’s wages was instituted.

A row of brick buildings was built on South Railroad Street around 1907, and Dr. Ellis operated a drug store on the corner, next to four large buildings occupied by Farmers Supply.

Hagan suffered a severe economic setback following the depression of 1907 and the Perkins Sawmill was forced to close in 1910. Many of the mill workers left Hagan and the town’s population and businesses began to decline. Today, with infrastructure improvements and a new transportation corridor, Hagan is poised for a new era for growth and prosperity.

MEETINGS
The regular meetings of the Hagan city council are conducted at 6 p.m. on the third Tuesday of each month. Meetings are held at Hagan City Hall. 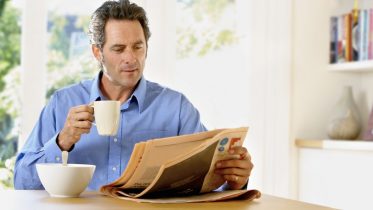 The Claxton Enterprise: Who reads it?

For more than a century, The Claxton Enterprise has worked to both inform and entertain its readers with local news, while also providing an effective…